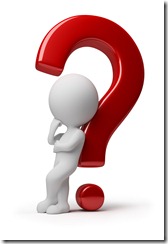 Some Search Engine Optimization techniques can deliver quick results, although they accomplish it in ways that run contrary to Google’s regulations. Commonly referred to as black hat SEO, these tactics are on Google’s radar. In 2011 and 2012, the major search engine devised two major algorithm changes in order to crack down on websites that rely on these practices.

If you want your site to stick around for a long time, using black hat SEO can be risky. Once found out, page rankings will drop or, even worse, be blacklisted from Google. Read on to learn about three black hat tactics that, while capable of delivering short-term results, can backfire for websites with long-term goals.

One of the ways Google determines a page’s rank is through the number of sites that link to it. Rather than amassing links organically, some websites buy them. It becomes readily apparent that links are bought when they all lead to websites that are completely unrelated. JC Penny became embroiled in scandal over this in 2010 when they boosted their search engine rank for the holiday season by purchasing over 2,000 links. The SEO company responsible for buying the links was promptly fired.

Short term, using that tactic can give your website a boost in rank. Some webmasters have also noted that, despite the algorithm updates, they have yet to be penalized by Google for buying links. However, in time, it is very likely that websites guilty of it will face serious penalties. If you want a successful site for years to come, buying links could get you ahead, only to leave you far behind.

Spokespersons from Google mentioned this infraction on several occasions while discussing algorithm changes, so there is no doubt this is a black hat tactic Google hopes to eliminate. Keyword stuffing is when you load a page with keywords, making your content visible for search engine crawlers but, in some cases, incomprehensible to human readers.

In order to enhance user experience, the algorithm improvements were designed to penalize pages heavy on keywords, categorizing them as low-quality content. Poorly written articles are now much less capable of landing on the first page of Google, no matter how many relevant keywords are packed into the content.

Cloaking is every bit as deceptive as the name suggests. This tactic involves presenting website information to search engine crawlers that differs from the site displayed to a user. While it may initially artificially inflate pages’ search engine rank, it will eventually backfire – your site will probably be booted once Google detects it. For most sites thinking long term, it is simply not worth the risk.

It is no secret that black hat SEO tactics can enhance webpages’ rank in the short term. In the long term, though, they could lead to reduced rank and potentially a spot on Google’s blacklist. In other words, they are very likely to backfire. Think carefully before applying those frowned-upon techniques to websites you think have the potential to do well for a long time.

Previous Post: « Pandas, and Penguins, and Google – Oh My!
Next Post: Is Your Brand Valued and Appreciated? Simple Strategies to Build Brand Loyalty »

Thanks for stopping by!