Five Ways to Respond to Social Media Challenges and Criticism 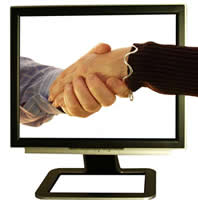 Until 2004, media was closed to outsiders. Challenges were issues within registered guidelines and by established PR representatives. Articles were published after days, sometimes weeks, of study and analysis. Features were refined and developed over months of time, sometimes covering important issues almost a year after they occurred. Most importantly, closed was the flavor of the day, and open news wasn’t even a possibility.

Then the entire online world changed, and news became rapidly more open. Over the course of just three years, once powerful newspapers were reduced to specks on their former image, and social media services took over as the most frequent and powerful platform for internet users to find out just what was going on. With that change came another development — the ability for anyone to create their own publishing outlet.

Social media attracts strong opinions, some politically charged and others personal. Whether you are a top social media presence or merely a speck in the social media sea, it is inevitable that with enough proactive marketing, someone is going to criticize you. Here are five tips for responding to and defusing criticism with social media that will surely help you win, neutralize, and minimize the effects of any online argument:

Online criticism is best answered directly. Rather than posting on your own blog or message board about issues elsewhere, take your critics to court on their own territory and neutralize the issue in front of their audience. A response on your own blog or social media profile can seem rehearsed and less valuable, and occasionally even a distraction from more important things, but a direct response on their blog or profile shows that you mean business.

2. Gauge the value of a response.

Some criticisms just are not worth responding to, most notably ‘snark’-style blog comments and angry gossip articles. Take the celebrity strategy — respond to criticism that’s worthy of your input, and ignore anything that isn’t. Unfounded rumors and ridiculous projections might not feel great, but sometimes you can do more damage to your brand by responding to the small criticisms than by ignoring them.

Resorting to personal attacks achieves nothing but poor PR for you. If you are attacked personally, ignore the insults and vitriol, and merely respond to the points that you can directly prove and influence. It is useless trying to change someone’s mind on you as a person or your company, so respond to criticisms that you can defeat with facts, figures, and press coverage.

Small criticisms are not worth broadcasting, as most of them tend to come from fringe sources. However, if you are criticized by a big name or major publishing house, it is best to respond on both their and your own ground. Create a reply on your blog, or let followers know with a tweet or status update.

As a long-term strategy, responding to each and every negative online piece is next to impossible. Take the strategy that most authors and public figures adopt — only respond to criticism that is worthwhile. Snark and character attacks disappear quickly, and typically are not worth the effort. When you are attacked in the social media world, it is best to look ahead and keep on working, instead of turning around to fight what is behind you.

Posted on September 16, 2010 by Andrea Kalli in Social Media Marketing

Since 2007, Andrea has been helping entrepreneurs develop their business dreams through solid online marketing strategy planning, implementation, marketing, and maintenance. "Your goals are my goals. We do this together." ~Andrea
View all posts by Andrea Kalli →

← Facebook Changes Got You Down?
Five Different Ways to Market Your Service-Oriented Online Business →