Bicycling from Phoenix to Denver. One Man’s Journey 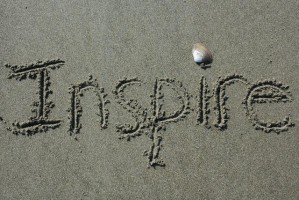 A friend of mine is taking on a huge challenge. He lives in Phoenix and we live in Denver. He’ll be staying with us for awhile, so he’s decided to bicycle his way the 800+ miles. Never, in a million years, could I imagine doing such a thing.

Got to give him props for taking on this overwhelming challenge, especially at 50+ years of age. He is part of the baby boomer crowd. Say hi to my friend Richard.

I always thought he would be great at blogging, but he never took it up. I convinced him that this is the perfect time to document his story, his preparation, and his biking adventure through a blog, social media, and his mobile phone. This is his Travel log, his moblog, his mobile blogging project.

He’s doing this on a shoestring budget. He’s doesn’t have a super-fancy, whama-jama mobile phone, just a $20 Nokia. No unlimited data plan, no cool apps to download. At least it can take pictures. He pays for each time he connects to the internet or does email. It’s actually fairly affordable in a pinch.

As I sit here playing with my awesome iPhone and trying out some of the mobile apps for publishing videos, audios, and photos to my blog, Facebook, and Twitter, I keep thinking what else is out there for those that don’t have such a cool device. Here’s what we’ve come up with for Richard.

First, I set up a WordPress.com blog for him. I have to admit that I’ve not ever used WordPress.com, only self-hosted WordPress sites. Wasn’t sure what was available to me. Even without the ability to install plugins, I was pleasantly surprised that they have some basic features in place that made this easier than I imagined it would be. The things that I was able to put into place without a hitch was:

The WordPress.com folks have all this available and ready to use. It was a piece of cake.

Also, Richard didn’t have Facebook or Twitter, either. Yep, he was an internet newbie all around. Not anymore. Still need to fine tune his accounts, but that will wait until after he gets here. I don’t have much time to get everything “all pretty” right now. Just functional.

Since his cheapo cell phone will be the only thing connecting him to the wired world, I ended up setting him up with an iPadio account. iPadio provides a phone number he can call in to record audio and push it to his blog and Facebook. Even the phone number is a toll free one. If, for some reason, he couldn’t use his cell phone, he could call in his “report” via another phone…maybe a pay phone, if that is all he can get to. Not the most glamorous solution, but it’ll work.

It would be great if you wanted to follow along with him on his preparation and journey. Maybe send a little encouragement and well-wishes for his adventure. If you’re a bicycling enthusiast, that would be even better. I’m sure you would be able to provide some tips, advice, ideas… or the location of the secret entrance to the Phoenix-Denver wormhole.

He’s leaving Phoenix next week, on Wednesday, I believe. He’s not planning on accessing his blog, Facebook, or Twitter during his 3 weeks on the road. Only using his cell phone to take pictures and record audios, both of which “should” be going directly to his blog, Facebook, and Twitter. Testing has been successful, so let’s keep our fingers crossed that all this works out the way we want during his journey through hell awesome adventure of a lifetime.

Have a great ride, my friend. Stay safe. See you in a couple of weeks.

I’m including a Donation button if you would like to make a donation to Richard’s trip. I’ve also put it on his blog site. He’s overwhelmed at the generosity of those asking to help him out on this journey.

Since 2007, Andrea has been helping entrepreneurs develop their business dreams through solid online marketing strategy planning, implementation, marketing, and maintenance. "Your goals are my goals. We do this together." ~Andrea
View all posts by Andrea Kalli →

4 Responses to “Bicycling from Phoenix to Denver. One Man’s Journey”